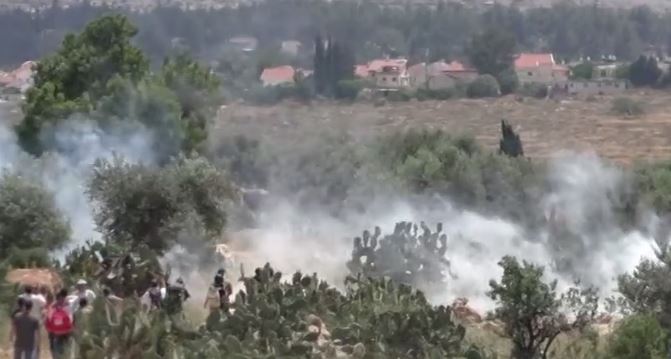 Scores of residents have been injured, Friday, as Israeli soldiers attacked the weekly protest against the Annexation Wall and Settlements in Ni’lin village, northwest of the central West Bank city of Ramallah. The Popular Committee against the Wall and Settlements in Ni’lin said the soldiers fired dozens of gas bombs, rubber-coated metal bullets, and concussion grenades causing dozens of injuries.

One of the wounded Palestinians was directly hit by a high-velocity Israeli gas bomb in the chest.

Clashes took place in the village after the army invaded it, while the soldiers deliberately fired dozens of gas bombs targeting several homes in the village.