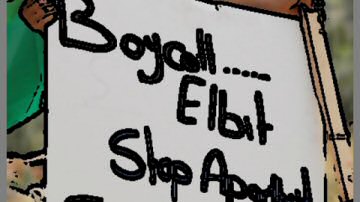 Denmark has cancelled its planned purchase of howitzers from the Israeli arms company Elbit Systems, a deal that was worth up to DK 1.000 million.The progressive news portal modkraft notes that athough government officials cite financial reasons for the cancellation, others say this is an excuse and that public pressure against the deal is what broke it.

Elbit Systems has been directly involved in construction of Israel’s Separation Wall. It provides security to Israeli settlements and has produced drones used in last summer’s military attack on the Gaza Strip.

In December 2014 it was revealed that 20 Danish soldiers had been to Israel, testing Elbit’s artillery systems. A public outcry followed after which the Danish defence ministry backed down, states Christian Juhl from the Red-Green Alliance parliamentary group. “I believe the purchase may have been put on hold for tactical reasons”, states Juhl, referring to Denmark’s upcoming elections in September.