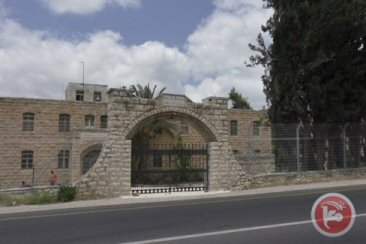 A Swedish company established in 2007 was used to cover up the sale and transfer of a West Bank church compound to settlers funded by American millionaire Irving Moskowitz, Israeli media reports.Spotlight has been held on the church compound, located nearby the Palestinian refugee camp al-‘Arroub, between Bethlehem and Hebron, for the last week, due to contradicting allegations regarding the compound’s ownership.

According to Ma’an News Agency, Pastor Keith Coleman, head of the church that originally owned the compound since the 1940’s, told Haaretz that the compound was sold to a Swedish company called Scandinavian Seamen Holy Land Enterprises in March 2008.

While Coleman believed group was a church group based in Haifa planning to renew the use of the church, Haaretz reported that, ‘The Swedish group was established in Stockholm in 2007, and seems to have been used as a cover for transferring the ownership of the compound to the settlers. The group does not seem to have any offices.’

After buying the property, the Swedish group registered the purchase with the Israeli Civil Administration in 2012 and received necessary approval, the report said.

Following registration with the Civil Administration, the Swedish company announced its dissolution. The group had no offices or assets except for this church compound at the time, Haaretz said.

Ownership was then passed to the nonprofit organization American Friends of the Everest Foundation. The American organization operates from occupied East Jerusalem. and its sole contributor is American millionaire Irving Moskowitz.

The report added that Moskowitz is also the main funder behind the activities of Israeli right-wing activist Aryeh King, founder and director of Israel Land Fund, an organization that buys Palestinian property and homes for resale to Jews with the aim of ‘Judaizing’ occupied East Jerusalem as well as Palestinian neighborhoods in Israel.

The report came after last week Arie Suchovolsky, an lawyer who told Ma’an he represented a Swedish church that owned the compound, rejected claims that the church had been sold, saying that ‘the church is the owner of the compound, and we are refurbishing it to be a hostel to serve Jews, Muslims and Christians who pass by.’

Actual renovations being carried out to prepare the church compound for transformation into a new West Bank outpost comes to the dismay of local Palestinians.

The church lies in a sensitive location, which when settled, will see Israeli settlements stretch all the way from the Gush Etzion settler bloc south of Jerusalem to the cluster of settlements around Hebron.