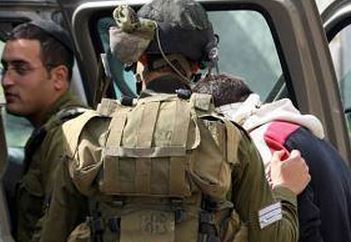 Israeli soldiers invaded, on Friday at dawn, various neighborhoods in the al-Yamoun town, and the Jenin refugee camp, in the northern West Bank district of Jenin. Two Palestinians kidnapped in Ramallah and Hebron, on Thursday evening. Media sources said the soldiers stormed the home of Jamil Sa’adi, in the Jenin refugee camp, and violently searched it, causing excessive property damage.

The soldiers told Sa’adi they were searching for his two sons, Hamza and Ibrahim, in order to arrest them, but they were not home.

On Thursday evening, soldiers kidnapped a young man, identified as Odai Younis Shawamra, after storming into his home in Um ash-Sharayet area, in the central West Bank city of Ramallah.

Also on Thursday evening, soldiers kidnapped a student of the Polytechnic College in the southern West Bank city of Hebron, after stopping him on a roadblock near the southern entrance of Bethlehem.