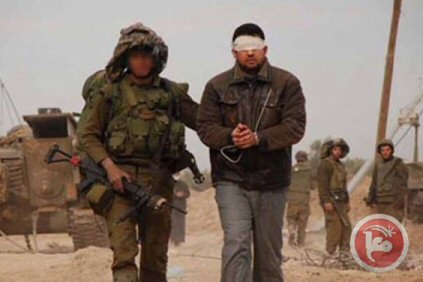 Israeli forces, on Saturday, detained one Palestinian and three foreign activists during a protest against Israeli settlement expansion near Beit Ummar, in the southern West Bank.Israeli forces injured other activists when they dispersed a sit-in at Beit al-Baraka on the Jerusalem-Hebron road near Beit Ummar, where local activists report that Israeli settlers are trying to seize 40 dunams of Palestinian land and have started construction.

The Palestinian detained was identified as Yousef Abu Maria, while the names of the foreign activists were not reported.

Popular resistance committees also organized a peaceful march on Saturday to protect Beit al-Baraka, which was reportedly attended by dozens of Palestinian and foreign activists.