Israeli Extremists Hurl Molotov Cocktails At A Home In Hebron 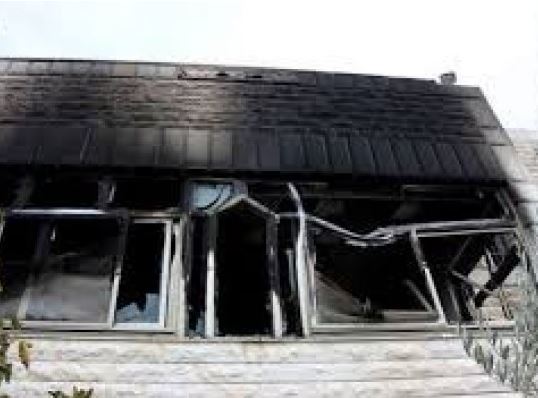 A number of extremist Israeli settlers attacked, late on Saturday night after midnight, a Palestinian home in the southern West Bank city of Hebron, by throwing rocks and several Molotov cocktails at the building, as the family slept. Palestinian nonviolent activist, Emad Abu Shamsiyya, said the fanatics first threw stones at the property, in Tel Romeida neighborhood, and then hurled several Molotov cocktails causing fires to spread all over the exterior of the building.

“I woke my children up, and we rushed out of the building to avoid being trapped in the fire,” he said, “the neighbors rushed to save us, and we managed to extinguish the fire but all of our exterior furniture and belongings were completely burnt.”

He added that extremist Israeli settlers, living in illegal colonies in the center of the city, are responsible for numerous assaults and violations against the residents and their property.

On Saturday, a number of Israeli extremists assaulted at least seven Palestinians in the same area, and tried to stab them.

Eyewitnesses said the attackers were shouting and cursing at the Palestinians, and physically assaulted several residents, while the soldiers did not attempt to stop them.