Adnan Continues His Hunger Strike For The 27th Day 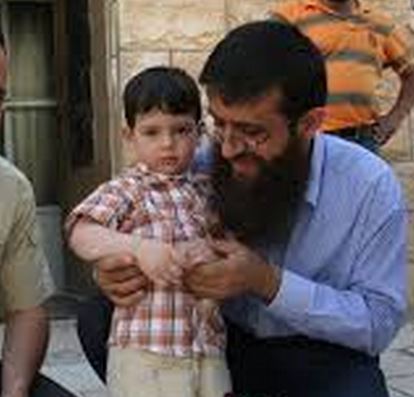 Palestinian political prisoner Khader Adnan is ongoing with his hunger strike for the 27th consecutive day, demanding an end to his arbitrary Administrative Detention without charges, and is refusing vitamins or medical checkups.The detainee is facing a sharply deteriorating health condition, started losing his hair, and is currently only drinking limited amounts of water without salt.

The Detainees’ Studies Center issued a statement, Sunday, warning that the 37-year-old detainee is facing serious health issues, and urged local and international human rights, and legal, groups to intervene and pressure Israeli into releasing him.

Head of the Detainees Center, former political prisoner Rafat Hamdouna, said Adnan became unable to walk, or even stand, while the Prison Administration is pressuring him into ending his strike.

He is currently at the Ramla Prison Clinic that lacks specialized physicals, and basic equipment.

The Prison Administration has been denying Adnan’s lawyer, and lawyers of other legal organizations, from visiting him, unless he is cuffed and shackled to a wheelchair.

It is worth mentioning that detainee Saddam Awad, from Hebron, started a hunger strike on May 24, in solidarity with Adnan, while many detainees will likely join.

Another detainee, identified as Hamza Abu Sawaween, held in solitary in the Eshil Israeli prison, started his hunger strike three days ago, demanding to be removed from solitary, and an end to the violations against him, including bad living conditions.

Detainee Khader Adnan, from Arraba near Jenin, was born on March 24, 1978, he is a married father of six children. He was kidnapped on July 8, 2014, and has been then under Administrative Detention orders without charges, or trial.

Back in January this year, Adnan went on hunger strike for a week, as a warning move, after Israel renewed his Administrative Detention orders for the third consecutive time.

He said he would hold an open-ended hunger strike should Israel renew the orders, and started his current strike on May 5 after a new Administrative Detention order was slapped against him.

Two years ago, Adnan held a 66-day hunger strike, also protesting his Administrative Detention, and only ended his strike after Israel agreed to release him; he was released on April 17, 2012.