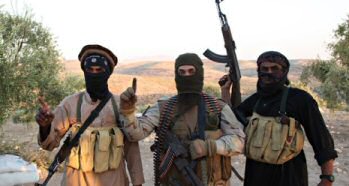 Proponents of ISIS in the Gaza Strip have issued Hamas a 48-hour deadline to stop its crackdown on them, the Associated Press reported on Tuesday.In a statement sent to the media, the ISIS supporters claimed responsibility for a rocket fired at Israel from Gaza, last week. The claim could not be independently verified.

PNN reports that Hamas, which has ruled over Gaza since 2007, has clamped down on radical Islamists after a series of unclaimed bombings, arresting activists and seizing arms.

The ISIS-supporters accuse Hamas of being soft on Israel and failing to impose religious law. It’s unclear how many ISIS supporters are in Gaza, or if any have operational links to the group.

On Tuesday, Hamas security forces killed an activist of a rival Islamist militant group in a shoot-out at his Gaza home, witnesses said.

A spokesman for the Hamas-run Interior Ministry identified the man, Younis al-Honnor, only as a “lawbreaker”, and said he was shot dead after firing at security officers who came to arrest him, according to Haaretz.

Local residents who witnessed the incident said Honnor was an activist in a Salafi group.

The group responded by threatening to kill Hamas members – publishing some of their names and photos – unless Hamas releases several men, including a local Salafi sheikh.