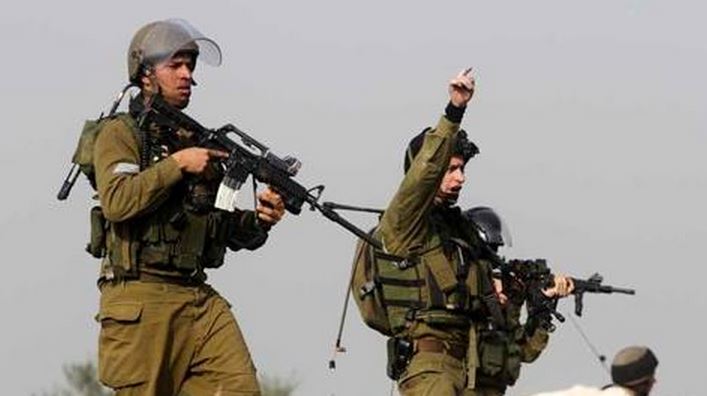 Israeli soldiers opened fire, on Wednesday morning, on a number of Palestinian farmers in their own lands, east of Khuza’a town, east of the southern Gaza Strip city of Khan Younis, moderately wounding one. A number of army vehicles also carried out a limited invasion into Rafah.Medical sources said Farid Mohammad Najjar, 23 years of age, was shot in his leg, and was moved to a hospital in Khan Younis suffering a moderate, but stable, injury.

Eyewitnesses said the soldiers fired dozens of rounds of live ammunition into Palestinian agricultural lands, forcing the farmers to leave.

In addition, several armored Israeli military vehicles carried out a limited invasion into Rafah, in the southern part of the coastal region.

Locals said four military bulldozers, and a number of army vehicles, left the military base east of Rafah, and invaded Palestinian lands across the border fence.

The army, and the navy, conduct daily violations and assaults against the Palestinians in different parts of the besieged and impoverished Gaza Strip, increasing the suffering of the residents of the war-torn region.