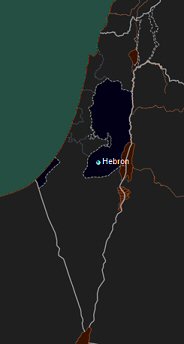 An elderly Palestinian woman, Thursday, suffered a heart attack after as Israeli forces raided her family’s home in al-Samou‘ town to the south of Hebron.WAFA correspondence reported that dozens of Israeli soldiers raided the town, where they ransacked and wrecked havoc into a local home belonging to Ahmad al-Daghamin.

During the raid, Israeli soldiers verbally assaulted al-Daghamin’s elderly wife, Halima, 68, and the rest of his family members, threatening to physically assault them. This caused Halima to suffer a heart attack.

Halima was transferred to al-Ahli Hospital in Hebron, where medics said she suffered a heart attack as a result of the psychological stress she was exposed to.

Halima’s condition was described as stable.