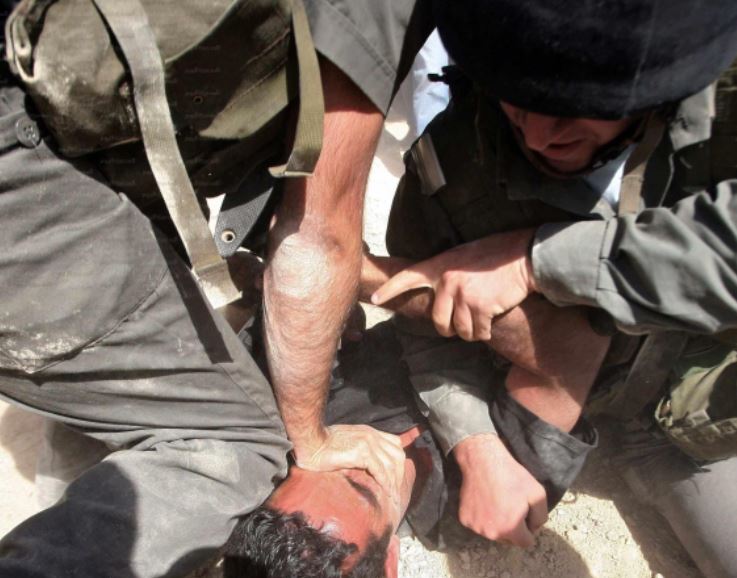 Israeli soldiers kidnapped, on Monday at dawn, five Palestinians in different parts of the occupied West Bank, while another resident was kidnapped, on Sunday evening, near Bethlehem.Media sources in the southern West Bank district of Hebron said several army vehicles invaded Tal Romeida neighborhood, in Hebron city, broke into and searched a few homes, and kidnapped two brothers identified as Tareq and Nizar Nidal Salhab.

The Palestinian Detainees’ Committee said the soldiers kidnapped a young Palestinian woman, at the ath-Thaheriyya roadblock, near Hebron, while heading to visit her imprisoned father in the Negev Israeli detention camp.

The Committee said the soldiers kidnapped Somayya Ibrahim Ghneimat, and took her to the military base in Keryat Arba’ colony, in Hebron; her father is serving a life term.

In related news, soldiers invaded Serees village, south of the northern West Bank city of Jenin, and conducted live fire training in a former military base.

The soldiers also invaded a home, searched it, and occupied its rooftop for several hours, while the army conducted its drills in the ‘Arraba former military base.

Also, soldiers invaded Silwad town, east of the central West Bank district of Ramallah, stormed and searched four homes, and photographed their rooms before invading their rooftops, and took pictures of nearby homes.

On Sunday evening, soldiers invaded Husan town, near Bethlehem, and kidnapped Hotheifa Ibrahim Shousha, 22 years of age, after stopping while walking on one of its streets.