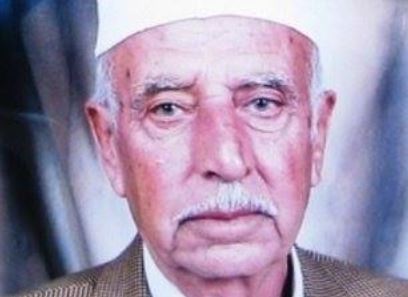 The Palestinian Detainees’ Committee and the Palestinian Prisoners Society (PPS) issued a press release stating that former longtime political prisoner, Sami Younis (Abu Nader), 85 years of age, died Wednesday in his home in ‘Ara, in the Haifa District.The statement said that Younis was held captive by Israeli for 28 years, and was only released under the Shalit Prisoner Swap deal in 2011.

He was kidnapped in January 1983 under charges of “organizing and running cells’ to resist the Israeli occupation. He became the oldest Palestinian political prisoner held by Israel.

Younis was sentenced to a life term, and spent most of his 28 years in prison, in solitary confinement.

Israel is still holding captive Karim Yousef Younis, 56, after kidnaping him on January 6, 1983, and his cousin Maher Abdul-Latif Younis, 57, who was abducted on January 18, 1983.

They are among around 26 longtime prisoners who were supposed to be freed as part of the fourth and final stage of a deal made between Israel and the Palestinian Authority, mediated by the U-S, to bring about the resumption of peace talks. But Israel has refused to implement the final phase.