Clashes In Silwan After Soldiers Attempted To Kidnap A Child 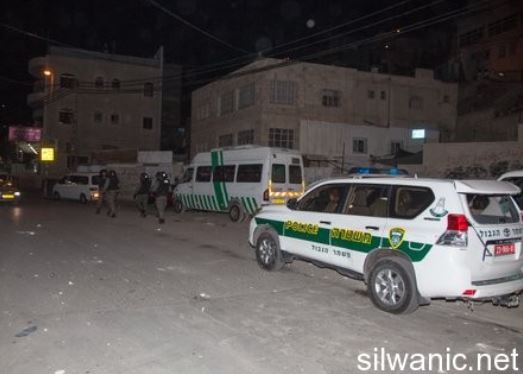 The Wadi Hilweh Information Center in Silwan (Silwanic) has reported that clashes took place, on Wednesday evening, between the residents and Israeli soldiers, after the soldiers attempted to kidnap a child in Ein al-Louza neighborhood, allegedly after hurling stones on them.Silwanic said the residents managed to secure the release of the child, after the soldiers detained him as he was walking close to his home.

It added that the army fired dozens of gas bombs and concussion grenades at the residents, and their homes, causing many to suffer the effects of teargas inhalation.

The Palestinians in Ein al-Louza neighborhood complained of repeated military invasions, and constant provocation by Israeli soldiers and settlers, especially since the soldiers are usually extensively deployed in the afternoon, while children are heading back home from school.

Silwanic said it documented many incidents were children have been detained by the soldiers after leaving school, and that the average age of the children is between 12 and 15.