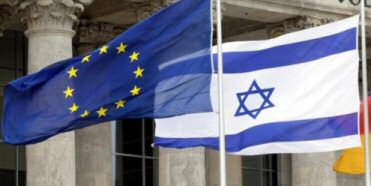 The United States House of Representatives has fast-tracked a bill regarding a free trade agreement between the US and Europe which would include a section barring EU countries from any form of commercial boycott against Israel and Israeli goods.According to the PNN, Israel’s Ynetnews indicated that two versions of the law had been presented to the House of Representatives and the Senate, clarifying that both versions included the section obligating EU countries to refrain from the boycott of Israeli products.

This section states that any affiliation and cooperation with the Boycott, Divestment and Sanctions (BDS) movement on the part of EU countries is in violation of the “principle of non-discrimination’ statute in the General Agreement on Tariffs and Trade (GATT).

According to Ynetnews, the second law did not pass at this stage due to disputes with respect to compensation for businesses in Europe. There was also severe opposition from Obama’s own Democrats, but it is expected that an agreement will be reached between the House of Representatives and the Senate during the coming days.

From the moment that an agreement is reached, a unified document will be presented to the American President, Barack Obama, for a review of the trade agreement as soon as possible. He will then sign the document and it will be put to the vote in the House of Representatives and the Senate.