Palestinian Shot and Injured by Israeli Forces in Southern Gaza 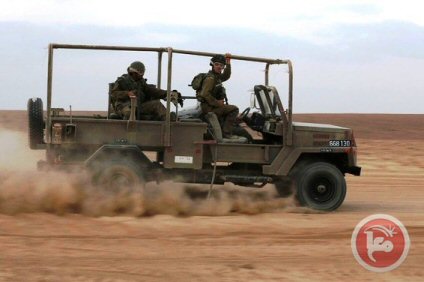 Israeli soldiers deployed near the Sufa crossing, in the southern Gaza Strip, opened fire at and injured a Palestinian, Saturday, local sources told Ma’an News Agency.An Israeli army spokesperson confirmed the report, telling Ma’an that a ‘Palestinian suspect approached the security fence’ and Israeli forces opened fire at his lower extremities after firing warning shots into the air.
One hit was confirmed, and Israeli forces took the man to a hospital in Israel for treatment, she added.
The spokesperson did not have confirmation if the injured man would be detained after treatment or returned to the Gaza Strip.

Sufa was one of several crossings between Gaza and Israel to be sealed by Israeli authorities in 2007 and was permanently closed in 2009, however is sporadically opened for humanitarian needs, according to Israeli rights group Gisha: Legal Center for Freedom of Movement.

The border area where Israeli forces opened fire Saturday is part of an Israeli-enforced ‘buffer zone’ along the Gaza-Israel border as well as on the western seaside border of the Strip.

The parameters of the buffer zone are regularly changed by Israeli authorities, and Israeli forces have repeatedly opened fire toward Palestinian civilians inside of the buffer zone since the signing of a ceasefire agreement that ended a more than 50-day war between Israel and Hamas last summer, according to documentation by the Palestinian Center for Human Rights (PCHR).

Despite shorter distances set by Israeli authorities, PCHR reports that attacks against Palestinians have taken place up to approximately 1.5 kilometers inside the border fence. Constituting around 17 percent of the total territory of the Gaza Strip, the buffer zone effectively turns local farms into no-go zones.
The buffer zone, which Palestinians are prohibited from entering, ‘is illegal under both Israeli and international law,’ according to PCHR.