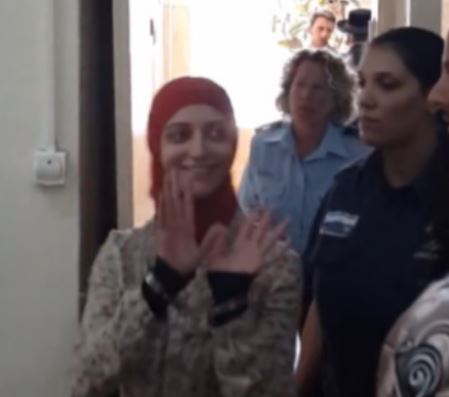 The Palestinian Detainees’ Radio said al-‘Eesawy is demanding her right to family visits, in addition to being granted access to her clothes and belongings, including a mattress to sleep on, instead of the thin rubber mattress provided to her.

Al-‘Isawi is also demanding to be allowed certain electrical equipment such as radio, TV and a fan due to excessive heat, in addition to having her Canteen account reopened, as Israel closed it after moving her into solitary confinement.

It is worth mentioning that the Israeli Prison Authority transferred the detained lawyer from the HaSharon Prison to solitary confinement in Neve Tirtza Prison, after accusing her of “inciting other detainees against the soldiers in prison.”

The Prison Authority also removed four female detainees from solitary confinement, after holding them for a week, when they intervened after an Israeli prison guard attacked detainee Ehsan Dababsa.

Al-‘Eesawy was kidnapped on June 3 2014; she is the sister of detainees Samer and Midhat al-‘Eesawy.