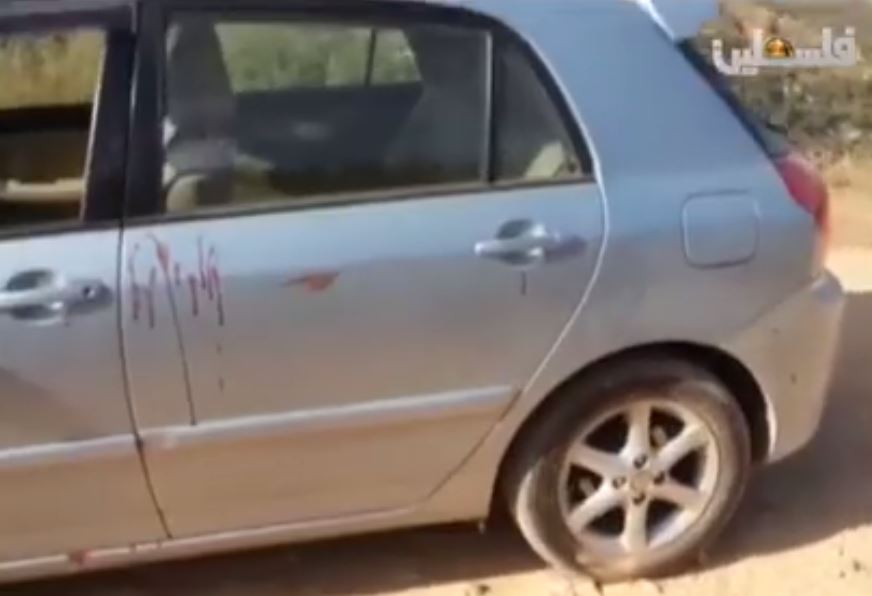 Following the deadly shooting of an Israeli man near the central West Bank city of Ramallah, Friday, soldiers surrounded several Palestinian villages, and conducted an extensive military search in the entire area.The soldiers invaded various Palestinian communities, including Ras Karkar, al-Janiya and Deir Ebzea’, after surrounding them, and conducted searches.

They also installed roadblocks, searched dozens of Palestinian cars and investigated the ID cards of the passengers while interrogating them.

The Israeli army said it is searching for a car, allegedly used by the attacker, who managed to flee the scene after the shooting.

Soldiers were also deployed on nearby hills, Palestinian orchards and bypass unpaved roads, while a military helicopter hovered overhead, scouting the entire area.

The two Israelis were hiking near Ramallah, when a Palestinian gunman reportedly stopped them to ask about a nearby spring, before shooting them

The army airlifted the two to the Tel HaShomer Hospital in Tel Aviv, where one of them succumbed to his wounds, due to a gunshot injury to the chest. The other Israeli suffered a moderate injury.

According to Israeli Ynet News, the two are 25 years of age, and that the slain man has been identified as Danny Gonen from Lod City.

The data provided by OCHA does not include Palestinians injured during attacks carried out by Israeli settlers in different parts of the occupied West Bank, including occupied Jerusalem.

It also said that an average of two Israelis have been injured, each week, in Palestinian attacks since the beginning of this year.