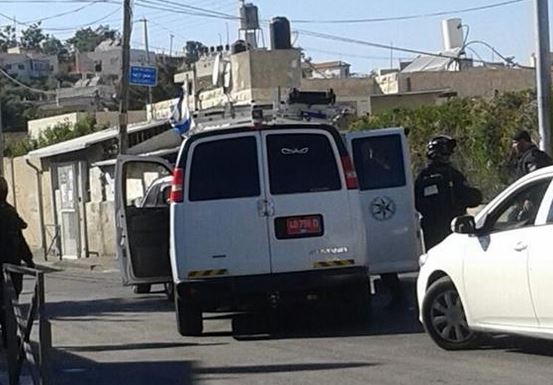 Israeli soldiers and police officers invaded, on Monday evening, a number of homes in Jabal al-Mokabber village, in occupied Jerusalem, and searched several homes.The soldiers stormed the home of Ashraf ‘Oweisat, and searched it using dogs, while ransacking his property.

The Wadi Hilweh Information Center in Silwan (Silwanic) said the soldiers forced the family out of their property, before violently searching it.

The soldiers did not find any weapons, or even fireworks, and left the home after causing property damage.

Earlier on Monday, soldiers invaded the home of Wael Mahmoud, in the al-‘Isawiyya town, and searched his property before kidnapping kidnapping him.

Silwanic said the soldiers confiscated Palestinian flags from the property.

Late on Monday at night, soldiers kidnapped three Palestinian teens, and wounded many residents, during clashes that took place in different neighborhoods, in occupied Jerusalem, including the Old City. http://www.imemc.org/article/72021