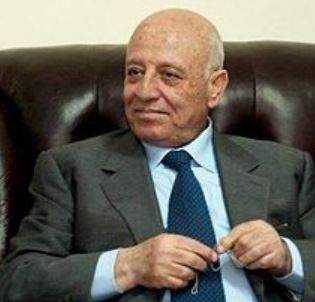 Member of the Executive Committee of the Palestine Liberation Organization (PLO) Ahmad Qurea’, who also heads the Jerusalem Department, strongly denounced the Israeli decision to illegally confiscate 615 Dunams, belonging to al-Walaja residents, south of Jerusalem.He said the latest illegal confiscation is part of the Israeli plan to build a “National Garden” that would lead to the annexation of large areas of privately owned Palestinian lands.

The official added that the alleged “National Garden,” is part of a larger Israeli plan dubbed as “Emek Refaim”, one of Israel’s largest plans, most of it south of West Jerusalem, extending on 5600 Dunams (around 1606 Acres.)

“This is one of Israel’s hostile and illegal policies,” he said, “Israel wants full control on every part of occupied Jerusalem, continues to violate the basic rights of the Palestinian people, and International Law.”

In addition, Qurea’ denounced Israeli groups ‘that conducted bar mitzvah events in historic Islamic archeological sites,’ west of the Al-Aqsa Mosque, and said this all falls under Israeli plans that target the Al-Aqsa Mosque in particular, and Jerusalem in general, through various colonialist activities targeting religious and archeological places

He also condemned the ongoing assaults against the Palestinians, and their holy sites, especially the repeated invasions by fanatic groups and the police into the courtyards of the Al-Aqsa Mosque, the ongoing provocative tours, and the most recent Israeli decision to prevent six Palestinian women from entering the mosque and its courtyards for 15 days.