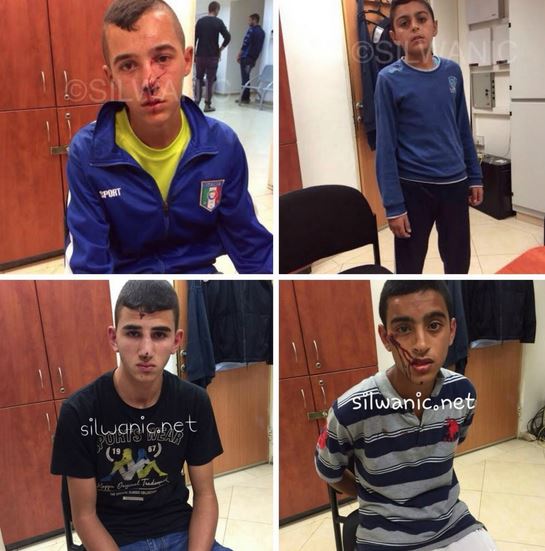 Undercover Israeli soldiers kidnapped, on Tuesday evening, seven Palestinian children in Beit Hanina town, north of occupied East Jerusalem, after attacking and beating them, causing various cuts and bruises. One of the kidnapped children also holds an American Citizenship.The Wadi Hilweh Information Center in Silwan (Silwanic) has reported that the undercover forces attacked and beat the children before moving them to the Neve Yacoub Police Station.

The soldiers struck the children with their rifles in addition to punching and kicking them, causing various cuts and bruises, especially in their faces.

The Israeli Police alleges that the kidnapped children hurled stones at police and army vehicles in Beit Hanina.

The children told their lawyer that they were standing near the Shoman mosque, in Beit Hanina, after performing evening prayers, before the undercover soldiers assaulted them, and started beating and punching them.

The soldiers also attacked the children while moving them to an interrogation facility, and assaulted them again during interrogation.