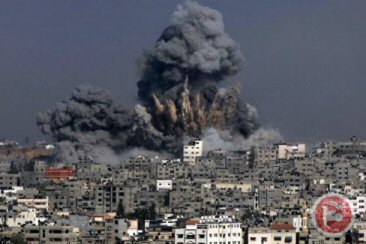 The PLO on Thursday will submit information to the International Criminal Court to assist with preliminary examinations into crimes committed by Israel in the occupied Palestinian territories since June 2014.Mustafa Barghouthi, head of the Palestine National Initiative, told a press conference Wednesday that the reports will be submitted at 4 p.m.

The files, according to Ma’an News Agency, will focus on last summer’s military offensive on the Gaza Strip, ongoing illegal settlement activity, and the issue of Palestinian prisoners jailed in Israel.

“Our aim is to establish war crimes in order that an investigation by the chief prosecutor’s office is carried out and to remove immunity from Israel and its leaders, achieve justice, apply human rights conventions, protect Palestinians and hold criminals accountable for their crimes,” he told reporters.

The PLO said Wednesday that the information presented to the court will include statistics on settlements, prisoners and last summer’s war.

‘The files to be presented to the court refer to war crimes and crimes committed by individuals of the Israeli leadership,’ the PLO said in a statement.

‘It will focus primarily on providing the context within which a pattern of systematic interrelated crimes have been committed within and throughout the Palestinian state, including through the Israeli settlement regime, and the blockade and attacks against the Gaza Strip and civilian population.’

On Monday, a UN Commission of Inquiry on the 2014 Gaza conflict announced it had gathered ‘credible allegations’ that both sides had committed war crimes during the conflict, which killed more than 2,140 Palestinians, most of them civilians, and 73 people on the Israeli side, mostly soldiers.

It also criticized the ‘indiscriminate’ firing of thousands of rockets and mortar rounds at Israel, which it said appeared to be have been intended to ‘spread terror’ among Israeli civilians..

A senior official from the PLO said Monday that the report reinforces ‘our will to go to the International Criminal Court’.

The PLO has been seeking to open criminal proceedings against Israel at the ICC as part of an increased focus on diplomatic maneuvering and appeals to international bodies.