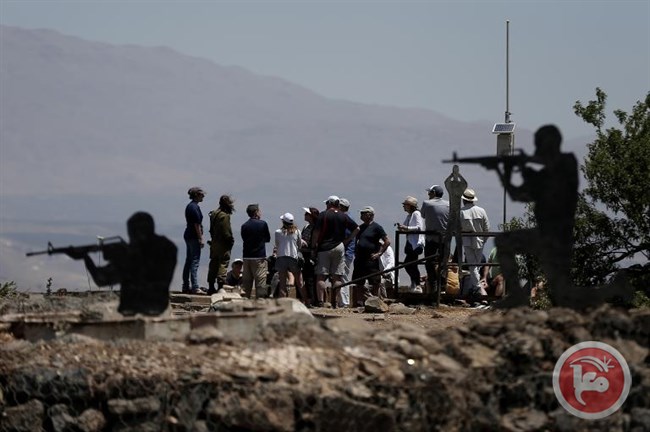 Israeli police said, on Wednesday, that they had carried out a ‘wave of arrests’ of suspects involved in two attacks by Druze on military vehicles transporting wounded Syrians to hospital.Israeli media said, according to AFP, that nine Druze were arrested over the attacks on Monday, when a mob killed a Syrian and wounded another in the Golan Heights and an ambulance was stoned in the Galilee town of Hurfesh.

‘An extensive wave of arrests was conducted overnight of suspects involved in two incidents of attacking military ambulances near Majdal Shams in the Golan Heights and near Hurfesh,’ a police statement said.
Further details of the investigations into both incidents remained under a gag order.

Syria’s Druze minority are traditional allies of President Bashar Assad, and some allege they believed the men in the ambulance were rebels fighting to unseat him.

Israeli Prime Minister Benjamin Netanyahu has described the killing as a ‘lynching’ and was set to meet Wednesday with local Druze leaders, who purportedly condemned the attack.

Army spokesman Major Arye Shalicar told AFP there was ‘no change’ in the Israeli policy of providing ‘humanitarian’ medical care to wounded Syrians who approach the ceasefire line on the Golan Heights.
Israel says it is not involved in the internal Syrian fighting, but has not ruled out the possibility that some of those given medical care are rebels.

A significant number of Druze live in Israel, and while the community currently remains divided in regards to positions towards President Assad, leading members of the community have allegedly called on the government to help their brethren in Syria following the recent violence.

Israel seized 1,200 square kilometers (460 square miles) of the Golan Heights in 1967 and later annexed it in a move never recognized by the international community.

Al-Marsad, the Arab Center for Human Rights in the Occupied Syrian Golan, estimates that the around 130,000 Syrians were displaced by Israel from the Golan in 1967, a population that has now grown to around 430,000, many of whom live in areas hit by recent violence in Syria.

The Druze community made up around three percent of Syria’s pre-war population of 23 million people.