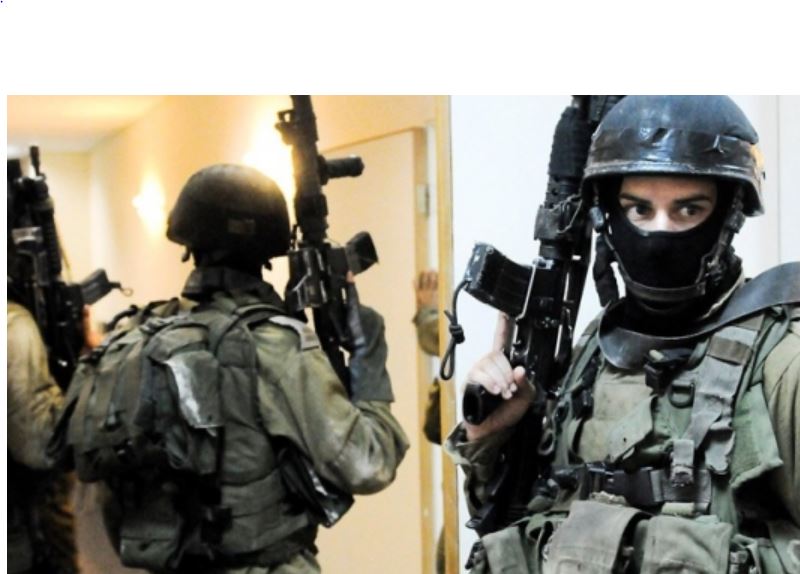 Israeli soldiers kidnapped, late on Wednesday at night and on Thursday at dawn, at least eight Palestinians in different parts of the occupied West Bank, and clashed with dozens of residents near Ramallah. One of the kidnapped is a young woman, who was taken prisoner near the Al-Aqsa Mosque.Several military vehicles invaded Kharbatha al-Misbah village, west of Ramallah, broke into and searched several homes, causing significant property damage, and kidnapped three Palestinians.

The invasion led to clashes between the soldiers and dozens of local youths, while the army fired rounds of live ammunition and concussion grenades.

The Israeli army said it is looking for the person who shot and killed an Israeli man last Friday. The armed wing of Hamas claimed responsibility for the attack.

In Jerusalem, soldiers kidnapped a young Palestinian woman, identified as Aya Abu Nab, while entering the Al-Aqsa Mosque courtyards, and took her to the al-Qashla Police Station, in the Old City.

She was taken prisoner while groups of Israeli fanatics stormed the mosque courtyards, through the al-Magharba Gate, and harassed several women.

In addition, soldiers invaded the Shiokh town, east of the southern West Bank city of Hebron, and kidnapped one Palestinian, identified as Mohammad Mousa Halayqa, before moving him to an interrogation center.

A Palestinian teenager, identified as Abed Walid at-Teety, 18, was also kidnapped from his home in the al-‘Arroub refugee camp, north of Hebron.