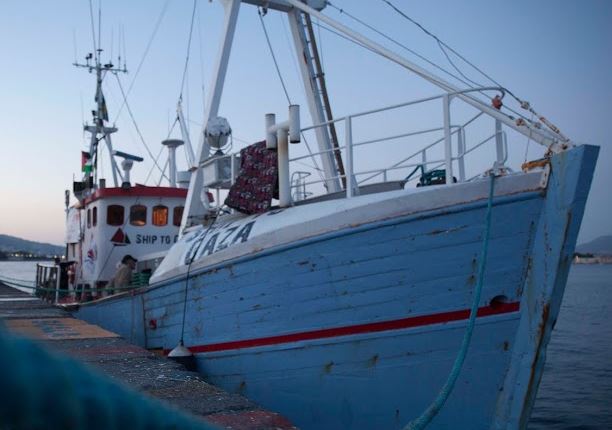 Dror Feiler, an Israeli-born Swedish activist who renounced his Israel Citizenship more than 30 years ago, stated that somebody with the needed knowledge, sabotaged the Marianne Ship, of the Freedom Flotilla, heading to Gaza.Feiler told the ash-Shams radio station that somebody, likely acting on Israel’s behalf, went deep under water and sabotaged the propeller of one of the ships in Greece.

He said that the activists had to find another ship to sail to Gaza, and deliver humanitarian supplies.

Feiler added that the attack was similar to what happened in 2011, when some persons sabotaged a boat set to sail to Gaza, while at port in Greece.

It is worth mentioning that Greece previously prevented activists from sailing to Gaza from its ports.

Feiler said the three-ship flotilla carries 70 human rights activists, and is currently at sea near Crete. Should all go as planned, the flotilla would arrive in Gaza in three or four days.

There are nineteen activists onboard the Marianne ship, that sailed from Sweden nearly six weeks ago, and is currently south of Crete.

On Thursday, Arab Member of Knesset Basel Ghattas, of the Joint Arab List, said he is joining the flotilla in Athens along with several public figures and members of parliament from different countries, including Ana Maria Paza, a Spanish member of the European parliament.

In May of 2010, Israeli soldiers assaulted the Mavi Marmara solitary ship, of the freedom flotilla, and killed nine Turkish activists, including an American citizen.

Israel banned Feiler entry to the country for what it called his participating in several flotillas heading to the Gaza Strip.