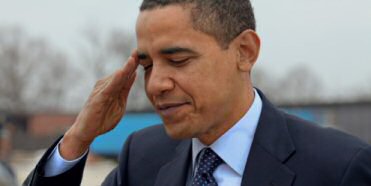 The US opposition to the bid by the Palestinian Authority to bring Israel to the International Criminal Court for war crimes in Gaza is the result of pressure from the Israeli lobby, says an investigative journalist.“AIPAC (The American Israel Public Affairs Committee) clearly has total control of the US Congress at least through Obama’s cabinet. Whether or not he is for or against it… he is going to be hamstrung to do anything about it,” Shane Matthews, a writer and investigative journalist, told Press TV on Friday.

He made the remarks in a phone interview with the news agency when asked about the Obama administrations opposition to the PA bid to prosecute Israel for war crimes.

PA Foreign Minister Riyad al-Maliki has submitted a dossier to the International Criminal Court (ICC), detailing Israeli war crimes in Gaza as well as its illegal settlement construction in the West Bank and East Jerusalem (al-Quds).

The United States has “made clear that we oppose actions against Israel at the ICC as counterproductive,” National Security Council spokesman Alistair Baskey said on Thursday.

Matthews said those comments reflect the White House’s position that “countries we agree with are allowed to prosecute for war crimes, but countries that we don’t, or that Israel does not like, they are not allowed.”

“It’s disingenuous and it’s also obviously a double standard in the way the ICC was basically going to be used,” he added.

“I think you have seen a lot of so-called international institutions that become ineffectual and have a double standard to the extent that they don’t prosecute war crimes if they are committed by either the US or Britain or European countries or Israel obviously,” Matthews said to Press TV.

Over 2,140 Palestinians, including a large number of women, children, and the elderly, were killed in the 50 days of the Israeli onslaught on Gaza, which began early in July 2014. (PNN)