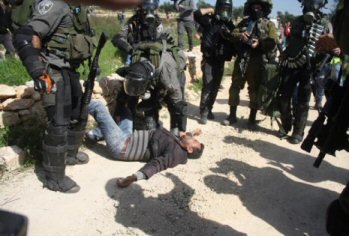 Israeli forces killed, on Friday, a Palestinian man at a military checkpoint in the northern Jordan Valley.Days of Palestine reports that, according to a credible source, the soldiers were stationed at the Israeli checkpoint named Al-Hamra Checkpoint (Begaot, in Hebrew).

The source did not give details about how the shooting took place or where, in the body, the Palestinian man was hit, but said he was evacuated to a hospital with critical injuries.

Later on, Israeli media reported the man was killed after attempts to open fire on Israeli forces at the checkpoint.

A UN watchdog body in the occupied territories said that 19 Palestinians, including two children, were injured last week by Israeli forces in the West Bank, while three were shot and injured by live ammunition in the Gaza Strip, including one child.