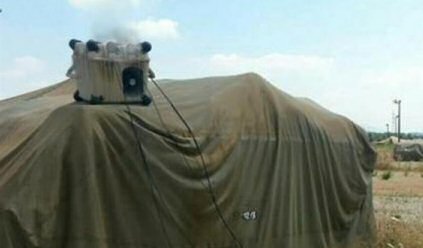 An Israeli decision to purchase new defense technology and to update older mechanisms was revealed by Israeli media, today.Israeli television Channel 7, this morning, revealed the existence of an Israeli decision to purchase dozens of early warning and rocket defense mechanisms in preparation for Israel’s next confrontation with either Hamas, in the south, or Hezbollah, in the north.

Channel 7 said, according to the PNN, that the most prominent aim of studies relating to these mechanisms was ‘the prevention of loss of human life’. Studies indicated the importance of replacing or updating the older mechanisms used in southern Israel during the latest Israeli aggression on Gaza in the summer of 2014.

It quoted a senior Israeli military official as saying: “After the process of compiling the study and of analyzing the results, we realized that the mechanisms now in place are too simple and we have to be more sophisticated”.

The official responsible for defense and control systems in the Israeli Air Force, Farid Nuhi, said that the army estimates that the next conflict with Hamas or Hezbollah will be on a bigger scale and therefore preparation is of the utmost importance so that Israel can take steps to better protect its civilians and weapons facilities.

Nuhi added that the operational need for a more sophisticated system arose due to technological and electronic faults with older equipment, saying that the new missile-defense system will be linked automatically with naval and ground technology in order to provide time to counter any missile attacks electronically.

The modernized system will also link the soldiers on the ground with tanks and planes, allowing them to work efficiently on the ground during battle, according to the military official.

He added that the updated system is easy to operate as it will be linked with the Home Front Command, which will help to warn Israeli citizens of potential rockets, as well as warn soldiers in the military areas.