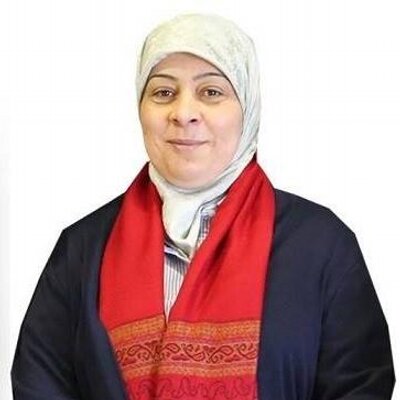 Israeli soldiers detained, on Thursday afternoon, the Governor of Ramallah al-Biereh, Laila Ghannam, as she was trying to cross the Hizma roadblock, north of occupied Jerusalem, on her way to the commemoration service of Mohammad Abu Khdeir. The soldiers held the governor for more than two hours, and tried to confiscate her mobile phone, and the phones of her delegation members, after alleging they took pictures of them.

In a press conference, Ghannam said Israel and its military are always acting on controlling every aspect of the Palestinian life, through its illegal and immoral occupation.

“They are trying to silence us, especially amidst the Arab and international idleness regarding the ongoing crimes against our people, and the suffering,” she stated, “Despite their violations, our people will remain steadfast and determined to achieve their legitimate rights of liberation, and independence.”

The Palestinians commemorated the murder of 16-year-old Mohammed Abu Khdeir, who was brutally tortured and burned alive by a group of fanatic right-wing Israelis, after kidnapping him one year ago. http://www.imemc.org/article/72137