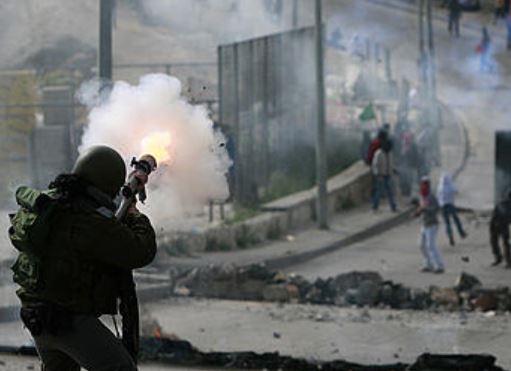 The slain Palestinian, Muhammad Hani al-Kasba, 17, was shot dead, approximately at 7:30 in the morning, as he was climbing the Annexation Wall, in an attempt to reach the Al-Aqsa Mosque for Friday prayers.

An Israeli commander shot the Palestinian teen in the back, causing him to fall from a high altitude; al-Kasba died in the Palestine Medical Center in Ramallah. http://www.imemc.org/article/72138