Israel Barred from Viewing Treaty between Vatican and Palestine 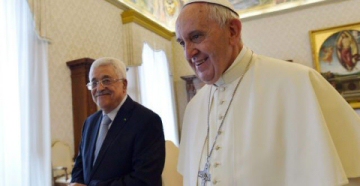 Appeals submitted by Israeli officials to view the treaty signed between Palestine and the Vatican have been refused by the Holy See, the representation of the Roman Catholic Church abroad.According to the PNN, Haaretz reported yesterday that the Vatican rejected four separate appeals by Israeli officials to read details of the treaty agreed June 26 between the Holy See and the State of Palestine.

The agreement was signed two weeks ago in Vatican City, Rome, by Palestinian Foreign Minister Riyadh al-Malaki and Foreign Minister Archbishop Paul Gallagher. It includes the official recognition by the Vatican of Palestine as an independent state.

Israel has only been permitted to view the first three pages of the agreement, according to DC News, which compose the preface asserting the right to a Palestinian state within the 1967 borders with Jerusalem as its capital.

The Israeli Foreign Ministry greeted news of the treaty with concern, saying that they believed it could contradict the terms of an agreement already signed between Israel and the Vatican. Haaretz reported that there was particular concern regarding the section on the status of ‘Christian holy places beyond the Green Line… where there is Israeli sovereignty or military control’.

“The people from the Catholic Church claimed that once the treaty was ratified by both the Vatican and the Palestinians it would become public and then we could receive a copy.

He added that, despite the Vatican’s reassurances, Israel’s concern regarding the agreement had grown rather than diminished.