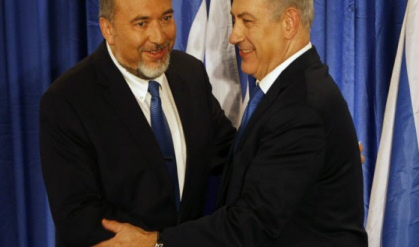 A secret deal between the Likud party and Yisrael Beiteinu party, in the Knesset, was exposed today. according to the PNN.The deal, agreed between Israeli Prime Minister Benjamin Netanyahu and Yisrael Beiteinu President Avigdor Lieberman, would enable both parties to object to the appointment of any judge in the so-called Supreme Court.

In the case of Ilatov’s election, the two parties could prevent the appointment of any judge, as the appointment requires a majority of 7 out of the total 9. If he were elected, there would be 3 right-wing representatives in the Committee: Minister of Justice Ayelet Shaked, as well as Corrine and Ilatov.

It is expected the elections will be held in two weeks time on August 22.

The Supreme Court is Israel’s highest court and point of recourse.

On Tuesday, it issued a decision giving the Ministry of Defense and Israeli army the green light to being building a new section of the apartheid wall in Cremisan Valley near Beit Jala, despite multiple appeals made by the families whose land the wall will destroy.