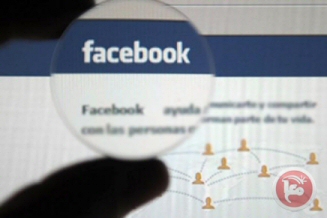 An Israeli court in Jerusalem, Thursday, sentenced a Palestinian man to 18 months in prison over allegedly using the social media website Facebook as a mode of ‘incitement.’Misbah Sbeih Abu Sbeih, 38, was given a one year sentence as well as a six month suspended sentence for incitement, and his phone was confiscated as the tool used for the crime, according to head of the Jerusalem detainees families committee Amjad Abu Asab.

Qurd was one of eight Palestinians convicted of ‘incitement via Facebook’ in December last year.
Their indictment said that Israeli intelligence had monitored the men’s Facebook postings since June 2014, after three Israeli settlers were kidnapped and killed in the occupied West Bank.

The intelligence said that their online comments had raised tensions across Jerusalem and encouraged acts of ‘terrorism.’

They cited in particular postings on the murder of 16-year-old Muhammad Abu Khdeir, who was kidnapped and killed by a group of Jewish extremists in July, as well as on a spate of Palestinian attacks on Israeli military and civilians that mostly took place in occupied East Jerusalem.

Israelis on social media routinely and openly incite violence against Palestinians, especially during heightened periods of tensions such as last summer’s military offensive on Gaza, but none have yet faced prosecution.
In recent months, the Palestinian Authority has also arrested Palestinians over postings on Facebook that have been critical of the PA and the Palestinian security services.