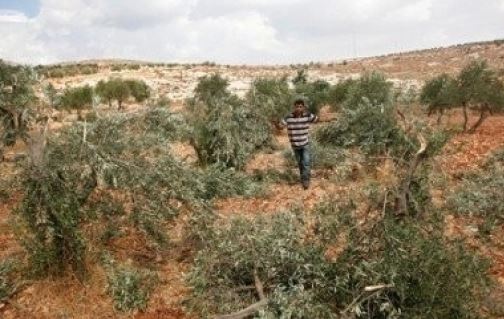 Head of the Deir Estia Village Council Amal Kokash said Israel is ongoing with the expansion of its illegal colonies in the Salfit district, especially the eight settlement overlooking Qana Valley.

She added that Israel aims at controlling all natural resources in Salfit, and the rest of the occupied West Bank, and that the fanatic settlers repeatedly bulldoze and uproot olive orchards, and farmlands.

Palestinian researcher Khaled Ma’aly said Israel is trying to expand all of its 24 colonies in the Salfit district, and is ongoing with bulldozing and uprooting farmlands and olive orchards to achieve this goal.

Ma’aly added that Israel is also expanding all four Industrial Zones, in its illegal settlements in Salfit, and is working on building several factories.