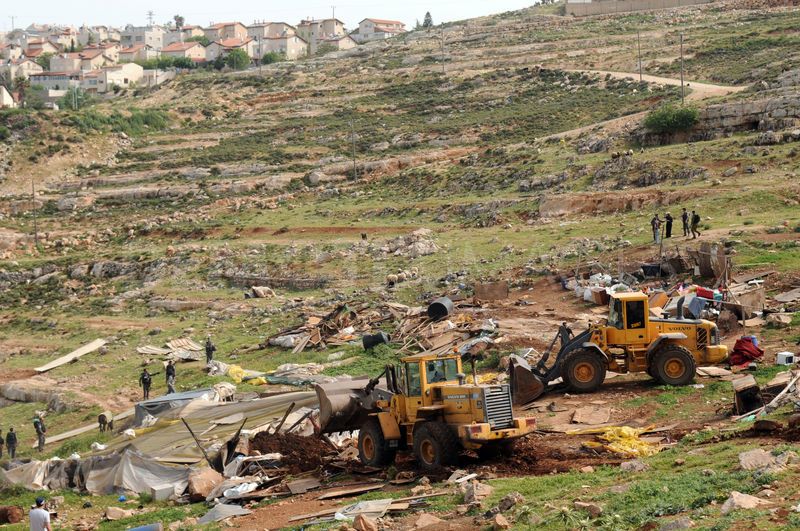 The Israeli Knesset (Parliament) announced that on Sunday July 12th, they will bring back a bill to forcibly remove 40,000 Palestinian Bedouins from their homes in the Negev desert in southern Israel.The bill had been tabled in 2013 after widespread international condemnation of the forced transfer plan. According to Article 49 of the Fourth Geneva Convention, ‘Individual or mass forcible transfers, as well as deportations of protected persons from occupied territory to the territory of the Occupying Power or to that of any other country, occupied or not, are prohibited, regardless of their motive.’

Israeli authorities had initially approved the plan, known as the ‘Prawer Plan’, in 2011, but delayed it indefinitely after the UN and other international bodies condemned the plan.

The Israeli government has managed to force the transfer of tens of thousands of Palestinian Bedouins into a reservation near the city dump of Jerusalem, but 40,000 more have refused to be moved from their ancestral homes.

In response to the announcement by the Israeli Knesset that they are reconsidering the Prawer Plan on Sunday, the Palestinian Bedouin community called for an emergency meeting to prepare a plan to resist the forcible displacement of the population.

Talab Abu Arar, the Palestinian Bedouin member of the Israeli Knesset, organized the meeting to try to call for emergency preventative measures to stop the forced displacement.

The re-introduction of the bill is being carried out by the Israeli minister of agriculture, Uri Ariel of the Habayit Hayehudi party (Jewish Home) party.

Palestinian Bedouins have compared the forced displacement plan to the U.S. system of ‘reservations’ for the native American population, by which hundreds of thousands of American Indians were forcibly displaced from their homelands in what has since been termed a genocidal colonial operation by the invading European colonists.