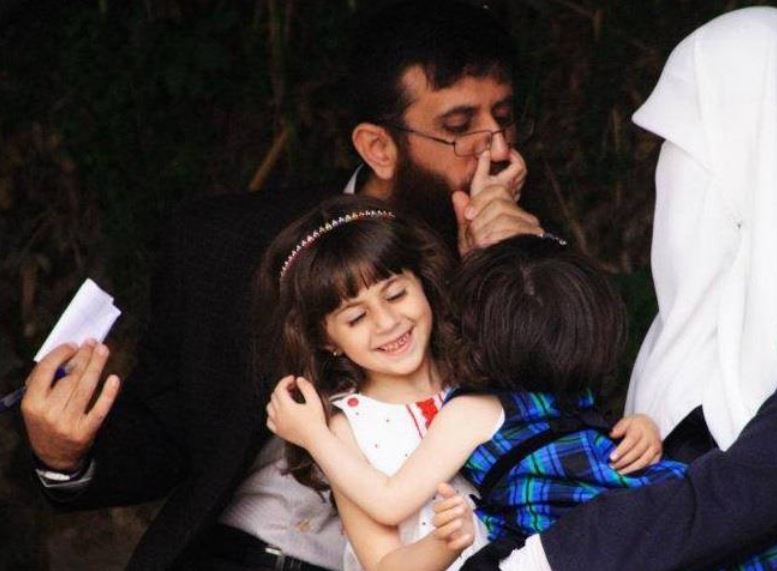 Israeli released, on Sunday at dawn, long time hunger striker, Palestinian Administrative Detainee Khader Adnan, and handed him to the Palestinian Military District Coordination office, before he was moved to hospital for a medical checkup.The Israeli army transferred Adnan to the Arraba junction, twelve kilometers southwest of the northern West Bank city of Jenin, where he was handed to the Palestinian side.

The Mean News Agency said the release of Adnan, 34 years of age, was carried out under strict Israeli security measures, without prior notice, to avoid public festivities celebrating his release.

Maan said that even Adnan’s family did know not the exact hour of his release.

Head of the Palestinian District Coordination Office in Jenin and Tubas, Lieutenant Mojahed Abu Dayya, personally welcomed Adnan, and said the detainee refused to talk to the media, apparently due to Israeli preconditions barring him from making statements in the first few hours of his release.

Adnan is a married father of two children; he was kidnapped on July 8 2014, and was held under Administrative Detention for six months.

Just before his scheduled release, the Israeli Prosecution filed an appeal against his release.

It is the second time Adnan has gone on hunger strike against the practice, following a 66-day long hunger strike he undertook in 2012 — the longest carried out by a Palestinian in Israeli detention.

Back then, Adnan agreed to end his hunger strike, along with 2000 Palestinian detainees who joined the strike, after Israel vowed to lessen the use of Administrative Detention, and improve prison conditions.

Israel unilaterally backed down, and continued its violations.

In total, the detainee was held under arbitrary Administrative Detention orders ten times in his life.

No Deal For Khader Adnan
http://www.imemc.org/article/72086