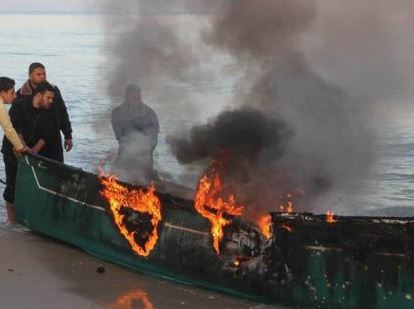 Israeli navy ships opened fire, on Sunday morning, on a number of Palestinian fishing boats, near the Gaza shore, forcing them back to land.Eyewitnesses said the navy fired rounds of live ammunition, near the Sudaniyya shore, northwest of Gaza City, causing damage but no injuries.

Two days ago, the navy kidnapped six fishers in the Sudaniyya sea, took them to Ashdod, and confiscating their boats.

The navy frequently targets Gaza fishers, and their boats, in direct violations of every ceasefire agreement, and the Oslo accords.