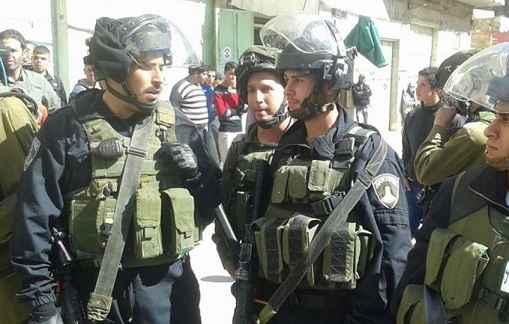 Israeli soldiers kidnapped, earlier on Sunday, four Palestinians in the southern West Bank district of Hebron, and two others near the northern West Bank district of Nablus.Local sources in Hebron said the soldiers kidnapped a college student, identified as Laith Asafra, from Beit Kahel town, after violently breaking into his home and searching it.

Soldiers also kidnapped ‘Awni Abu Shamsiyya, 16 years of age, from his home in the Shuhada Street, in the center of Hebron city.

The soldiers searched and ransacked the homes of the kidnapped Palestinians before cuffing them, took them to an unknown destination, and installed a roadblock on its northern entrance, before stopping and searching dozens of cars, and inspected the ID cards of the passengers.