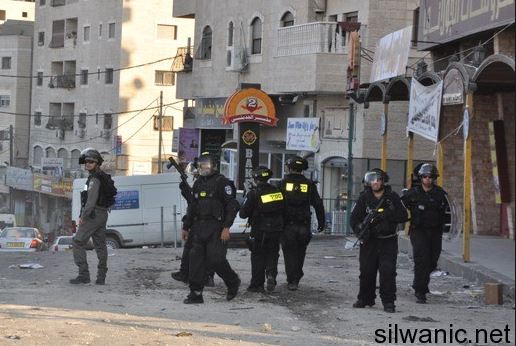 Palestinian medical sources have reported, Sunday, that two Palestinians were injured by Israeli army fire, in the Shu’fat refugee camp, northeast of occupied East Jerusalem. The sources said Nafeth Dameery, 20, was shot with a rubber-coated metal bullet in his eye, while Mohammad ad-Dab’ey, 43, was shot with a similar round in his abdomen.

Fateh spokesperson in Shu’fat Tha’er Abedrabbo said an undercover unit of the Israeli army infiltrated into the camp to kidnap a Palestinian worker from the West Bank, but the residents managed to identify the unit members as soldiers, and clashed with them.

Regular units of the military then invaded the camp, and also clashed with the residents to provide cover for the withdrawal of the undercover soldiers.