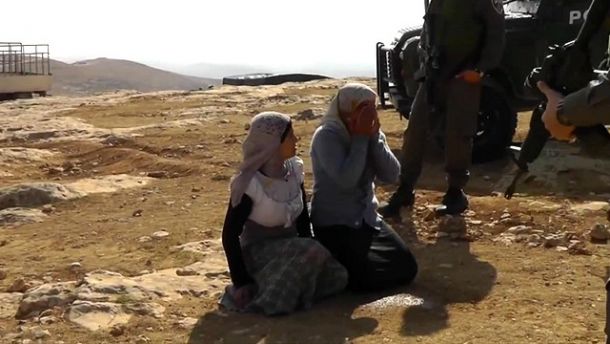 Dozens of Israeli soldiers invaded, Sunday, the village of Susiya, south of the southern West Bank city of Hebron, and “offered” the villages to leave their village and lands, and to relocate to different areas allocated by the “Civil Administration Office.” Army to demolish structures in the village.Coordinator of the Popular Committee against the Wall and Settlements in southern Hebron, Rateb al-Jabour, said the soldiers and representatives of the Civil Administration, run by the Israeli military in the occupied West Bank, invaded the village after surrounding it, and presented their plan.

Jabour stated that the Palestinians rejected the Israeli plan to displace and relocate them, so that Tel Aviv can build and expand its illegal Jewish-only settlements.

He also said that the villagers of Susiya are determined to challenge the illegal Israeli practices and violations, and that “they refuse to be bargained into leaving their lands that they inherited from their fathers and forefathers.”

In addition, the Israeli army informed the lawyer, who represents the villagers in Susiya, that it intends to demolish some structures, including residential, after Ein al-Fitr Muslim holiday.