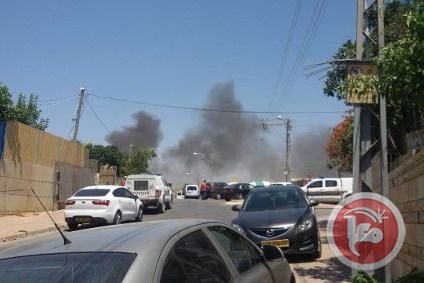 A 16-year-old Palestinian Bedouin was killed, and 10 others injured, when a family dispute erupted into violence in the southern Israeli city of Rahat, in the Negev, on Saturday.Israeli police spokeswoman Luba Samri stated, according to Ma’an, that fighting broke out between two local families on Saturday afternoon with those involved throwing stones and firing gunshots.

After sustaining injuries, 16-year-old Salah al-Din Yusuf Abu Abed was taken to Soroka Hospital in Beersheba where he was later pronounced dead.

The statement said that Israeli police were working to maintain order and that police forces had been stationed at Soroka Hospiral in case violence broke out there.

It added that Israeli police were working to arrest suspects in the coming hours.

Rahat is the largest Bedouin town in the Negev and one of a handful recognized by the Israeli state.

Israel plans to relocate tens of thousands of Bedouin Palestinians living in ‘unrecognized’ villages across the Negev into Rahat in coming years.