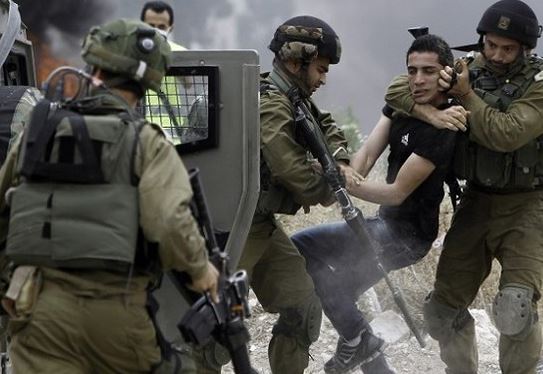 Israeli soldiers kidnapped, on Wednesday evening, a young Palestinian man in Beit Ummar town, north of the southern West Bank city of Hebron, after stopping him on a roadblock at the main entrance of the town.Media spokesperson of the Popular Committee against the Wall and Settlements in Beit Ummar, Mohammad Awad, said the soldiers kidnapped Mustafa Bakr Abu Mharram, 25 years of age, as he was heading back home from work, and moved him to the Etzion military base.

Awad added that dozens of soldiers were deployed near the main entrance of the town, before stopping and searching Palestinian cars, and examining the ID cards of the residents, causing an extended traffic jam.

The soldiers also prevented dozens of villagers from entering their olive orchards in the area.