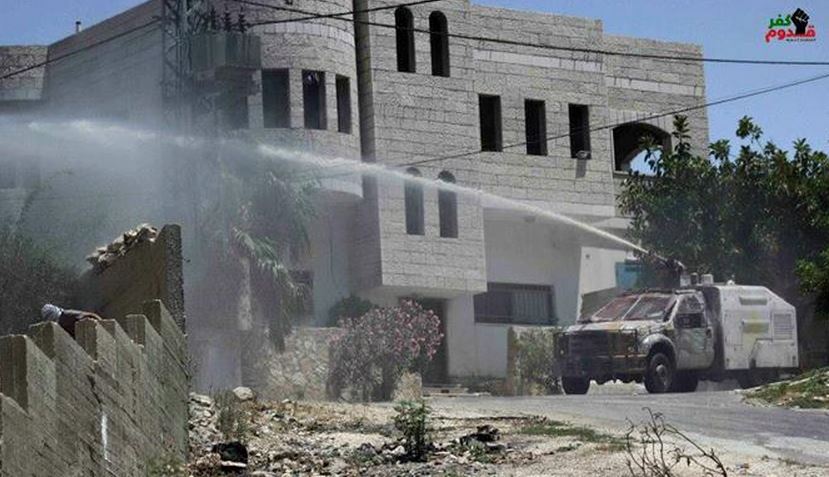 Israeli soldiers, accompanied by armored vehicles, including an armored bulldozer, invaded on Friday Kufur Qaddoum village, near the northern West Bank city of Qalqilia, and violently attacked the weekly protest, leading to clashes, and wounding one child in the head.The protesters marched demanding the army to reopen the village’s main road that has been blockaded for the thirteenth consecutive year.

Coordinator of the Popular Committee against the Wall and Settlements in the village Morad Eshteiwy said the soldiers broke into homes and occupied their rooftops, before using them to fire rubber-coated metal bullets, gas bombs and concussion grenades on the protesters.

He added that a child, identified as Mohammad Bashar, 13 years of age, suffered a head injury, and was moved to the Rafidia Hospital, in the northern West Bank city of Nablus.

Similar to previous invasions, the soldiers deliberately sprayed several homes with wastewater mixed with chemicals, as an act of collective punishment against the villagers, in an attempt to force them to stop their protests and ongoing popular resistance activities.

Eshteiwy demanded international human rights groups to intervene, and put an end to the ongoing and escalating Israeli violations against the village, especially the children who suffer physically and psychologically due to repeated invasions, and deliberate targeting of their homes.