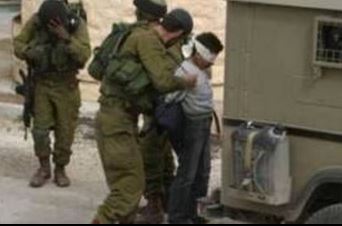 Soldiers also installed several roadblocks on Hebron’s northern entrances, and the main entrance of Sa’ir town, northeast of Hebron, before stopping and searching dozens of cars, and investigated the ID cards of the passengers.

Furthermore, soldiers stationed at a military roadblock, east of Hebron, shot and injured a young man, reportedly after he attempted to stab a soldier.

On Sunday evening, soldiers assaulted a child, and took him to the Karmie Tzur illegal settlement, built on Palestinian lands, in Beit Ummar town, north of Hebron.

Mohammad Ayyad Awad, coordinator of the Popular Committee against the Wall and Settlements in Beit Ummar, said the soldiers beat Hamza Abu Hashem, 16 years of age, and kidnapped him.