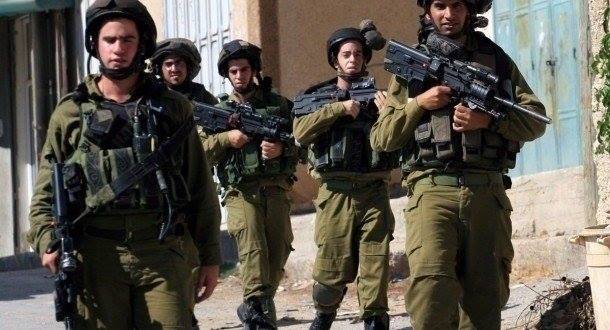 The PPS added that the soldiers also stopped a young man, identified as Omran Bassem Qabaha, on the Salem military roadblock, west of Jenin, and kidnapped him.

In related news, soldiers invaded several Palestinian stores in Hizma town, northeast of Hebron, and forced them to close. The army claimed a number of Palestinians hurled stones on their vehicles.

Also on Monday, soldiers kidnapped, four Palestinians in the southern West Bank district of Hebron, shot and wounded another allegedly after he attempted to stab a soldier. A child has also been kidnapped on Sunday evening.