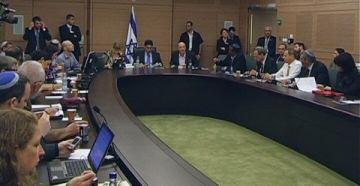 On Monday morning, the Israeli Ministerial Committee drafted an “anti-terrorism” law. According to Israeli Channel 7, the committee is expected to approve the bill, which amends and expands the definition of “terrorist organizations”, and stresses that sanctions must be imposed on members of so-called organizations and perpetrators of “terrorist” attacks.

Furthermore, according to the bill, any person who offers technical support, broadcast services or money laundering to the organization can be convicted. Furthermore, the bill prevents any judicial changes and reductions to the convicted sentence of 15 years or more.