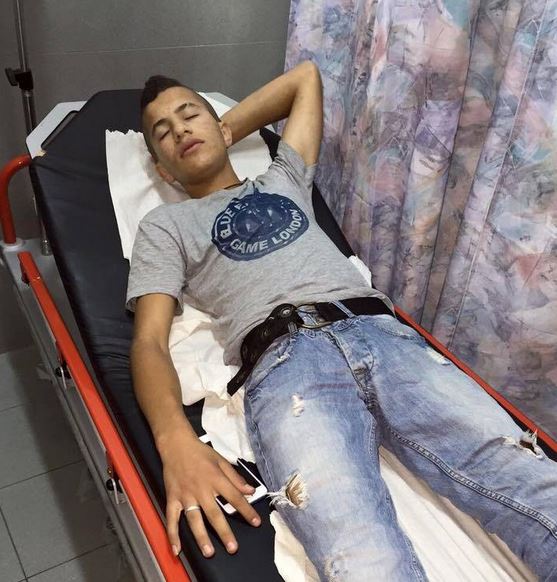 Israeli police officers assaulted and kidnapped, late on Monday at night, a Palestinian child in his home, and while holding him in the police station in the Chain Gate area, in Jerusalem’s Old City.The police invaded the family home of Abdul-Karim Aziz Haddad, 15 years of age, and started beating him up, in front of his family.

The Child’s uncle ‘Ala al-Haddad said the soldiers invaded the home, in the Sa’diyya neighborhood, around 11:30 before midnight, to ensure he is at home and abiding by a house arrest order that was enforced against him four days ago.

“Although Abdul-Karim was at home, the soldiers accused him of violating the house arrest order,” the uncle said, “They started provoking him, and tried to invade every room, resulting in an argument before the police attacked the child and abducted him.”

The uncle added that the police also assaulted the child while moving him to the police station, and held him in the toilet room of the station, in addition to beating him on his private parts.

The child was later moved to the al-Qashla Police station for interrogation, where the officers realized his urine has blood in it, and released him.

The family instantly took him to the al-Makassed hospital, in Jerusalem, for treatment.

In related news, soldiers kidnapped late at night two Palestinians, identified as ‘Abada Khatib and Mohammad Abu Sneina, and assaulted them while moving them to an interrogation center.