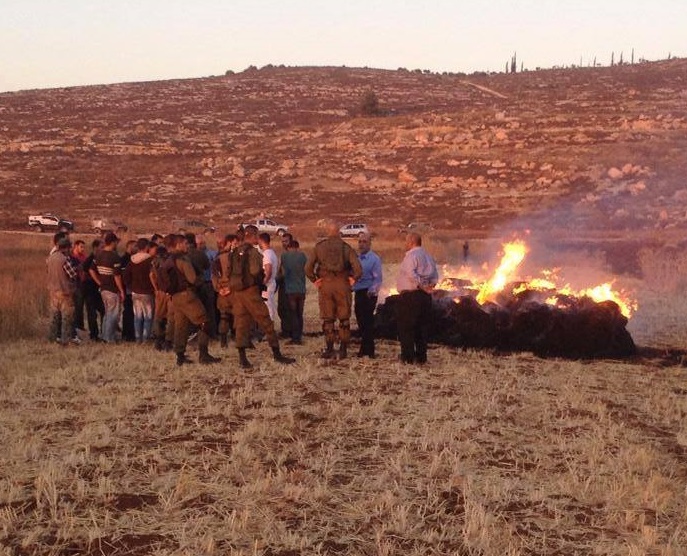 A number of armed Israeli extremists invaded, on Tuesday evening, Palestinian farmlands in Turmus Ayya town, north of the central West Bank city of Ramallah, and burnt piles of wheat that the Palestinians have harvested earlier.Media sources said the extremists came from the Adi Ad illegal Israeli colony, built on privately own Palestinian lands.

The attack led to excessive losses, especially since the villagers rounded their harvest to prepare it for grinding and processing, before the fanatics invaded the area and burnt the harvest.

Israeli soldiers arrived in the area, and observed the devastating outcome of the attack.

There have been dozens of similar attacks against Palestinian farmlands, and orchards, in addition to physical assaults against the Palestinian property, while the Israeli army fails to even open a proper investigation.

Such attacks frequently led to burning and defacing several mosques and churches, in addition to graveyards, in different parts of occupied Palestine, including in Jerusalem.