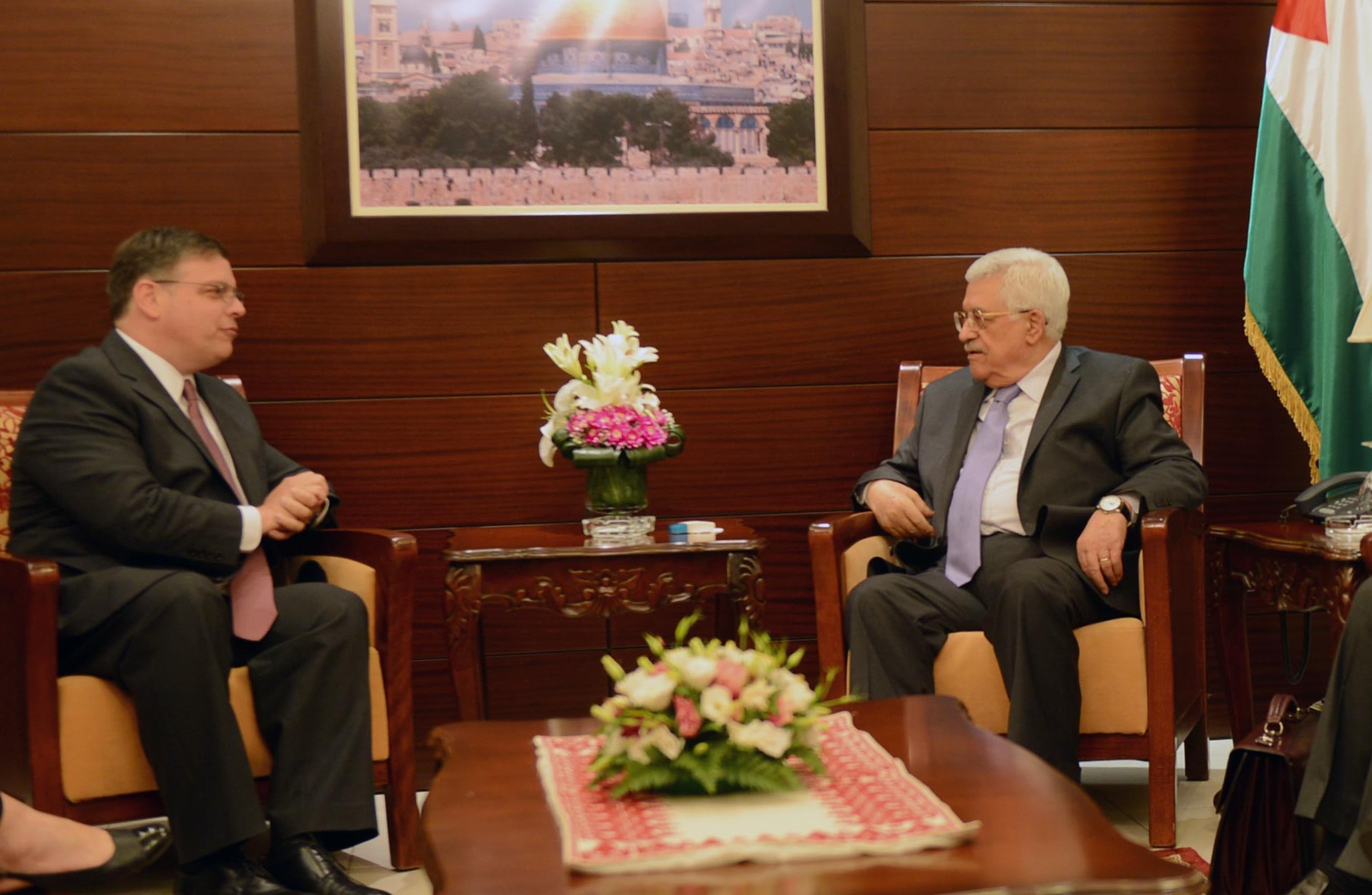 Donald Blome, the new American Consul General to Jerusalem, meet on Thursday the Palestinian President Mahmoud Abbas at the presidential compound in Ramallah. During the meeting, President Abbas and Mr. Blome discussed the recent development of the peace process and the new Israeli plans to construct more units in illegal settlement all over the west Bank.

Moreover, the two talked about the financial crises that the United Nations works and Relief Agency for Palestinian refugees are facing.

“I assured the President of America’s commitment to the Palestinian Authority and to two-states for two peoples. I also noted the importance of further enhancing our relationship with the Palestinian people.” Blome told president Abbas during the meeting.

Donald Blome, a career Foreign Service officer, assumed the position of American Consul General in Jerusalem July 27, 2015. Prior to that, he worked as Director of the State Department’s Office of Arabian Peninsula Affairs from 2013-2015.