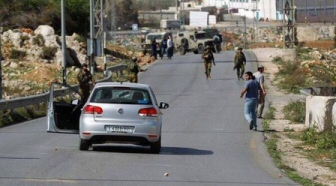 On Tuesday, violent clashes erupted between Israeli police and hundreds of settlers trying to stop the army from demolishing two illegal buildings.

The demolition of these buildings followed a High Court of Justice rejection of an appeal from the Beit El seeking to prevent the demolition.

In response to the order, the Israeli Prime Minister Benjamin Netanyahu announced approval for immediate construction of 300 more housing units in Beit El.

Following the approval for immediate construction, a senior official from the Palestine Liberation Organisation on Wednesday denounced the decision as a “war crime”.

“These settlement measures and war crimes are part of a plan by Israeli leaders to impose a ‘Greater Israel’ on historic Palestine and destroy the two-state solution and the chance for peace,” said Hanan Ashrawi in a statement from her office.