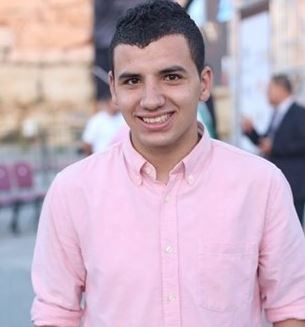 Medical sources have reported that a Palestinian teen died on Friday at night of serious wounds he suffered, during evening hours, in clashes between local youths and Israeli soldiers close to the Atara roadblock, in the central West Bank district of Ramallah. Several Palestinians Injured In occupied Jerusalem.The sources said Laith Fadel al-Khalidi, 17 years of age, suffered a gunshot injury in the chest, and was moved to the Palestine Medical Center in Ramallah, where he died of his serious wounds.

Doctors tried to save his life, and performed two urgent surgeries, but he succumbed to his wounds.

His death brings the number of Palestinians killed by Israeli soldiers and Israeli extremists to three in 24 hours.

On Friday evening, a teenager identified as
Mohammad Hamid al-Masri, 17 years of age, was shot and killed by Israeli army fire in Gaza, while another Palestinian was injured in the same attack.

Late on Thursday at night,
a Palestinian baby, 18 months of age, was burnt to death, while his four-year-old brother, his mother and father, were severely burnt, after right-wing Israeli extremists firebombed their home in the village of Douma, near the northern West Bank city of Nablus.

In related news, several Palestinians have been injured, on Friday evening, during clashes with Israeli soldiers invading Shu’fat refugee camp and the al-‘Isawiyya town, in occupied Jerusalem.

Five of the wounded Palestinians suffered head injuries, and two in their limbs, but only one of them required hospitalization after suffering an injury below one of his eyes.